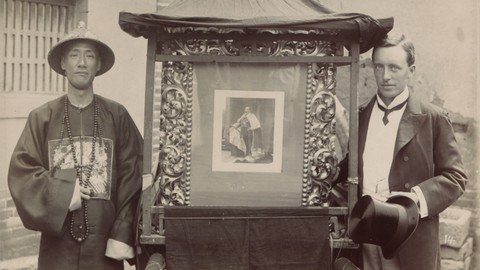 What you'll learn
Hong Kong's long journey from small fishing village to international hub
how the British gained control of Hong Kong, and how that impacted life in the region
what led to the end of British rule over Hong Kong
basics of agreement on a handover to China enshrined in the Basic Law
how a "one country, two systems" approach aims to achieve a smooth transition
challenges in implementing the "one country, two systems" approach
stocktaking of the transition at its midway point
Requirements
None, though an interest in history and curiosity about the world helps.
Description
Hardly a day goes by without a headline devoted to Hong Kong. Hong Kong is an international hub with a fascinating history and a central role in global trade and finance. Its colourful journey to that destination began with its lease to the British by the Emperor of China. This byproduct of "gunboat diplomacy" left a legacy which has influenced China's relations with the West down to the present. Hong Kong was under British rule during the 1911 Revolution which led to the end of Imperial China as well as during the struggle between the Nationalists and Communists after World War II. Both those events had dramatic repercussions for the residents of Hong Kong.In this course we explore Hong Kong's period as a British colony, right up to the handover to China in 1997. We consider Hong Kong's position as a Special Administrative Region (SAR) of China, following a "one country, two systems" approach. We also review what this might mean for its people following the end of a 50-year transition period. Or perhaps even sooner. The Umbrella Revolution has provided some early signs, as we approach the midway point in Hong Kong's period of transition. Viewers wishing to do a deeper dive can explore some of the supplementary reading materials to understand the background to today's headlines and tomorrow's possible direction.
Overview
Section 1: Introduction
Lecture 1 Introduction
Lecture 2 Imperial control over trade
Lecture 3 A Victorian parasol stretches over the region
Lecture 4 20th century upheaval
Lecture 5 Side note: Hong Kong during the Cold War
Lecture 6 Time flies: The run-up to the Handover and the Joint Declaration
Lecture 7 The Basic Law: What does it say?
Lecture 8 Merging two realities: a 50-year integration plan
Lecture 9 The future of "one country, two systems"
Businesspersons, legal professionals, educators, students and travellers